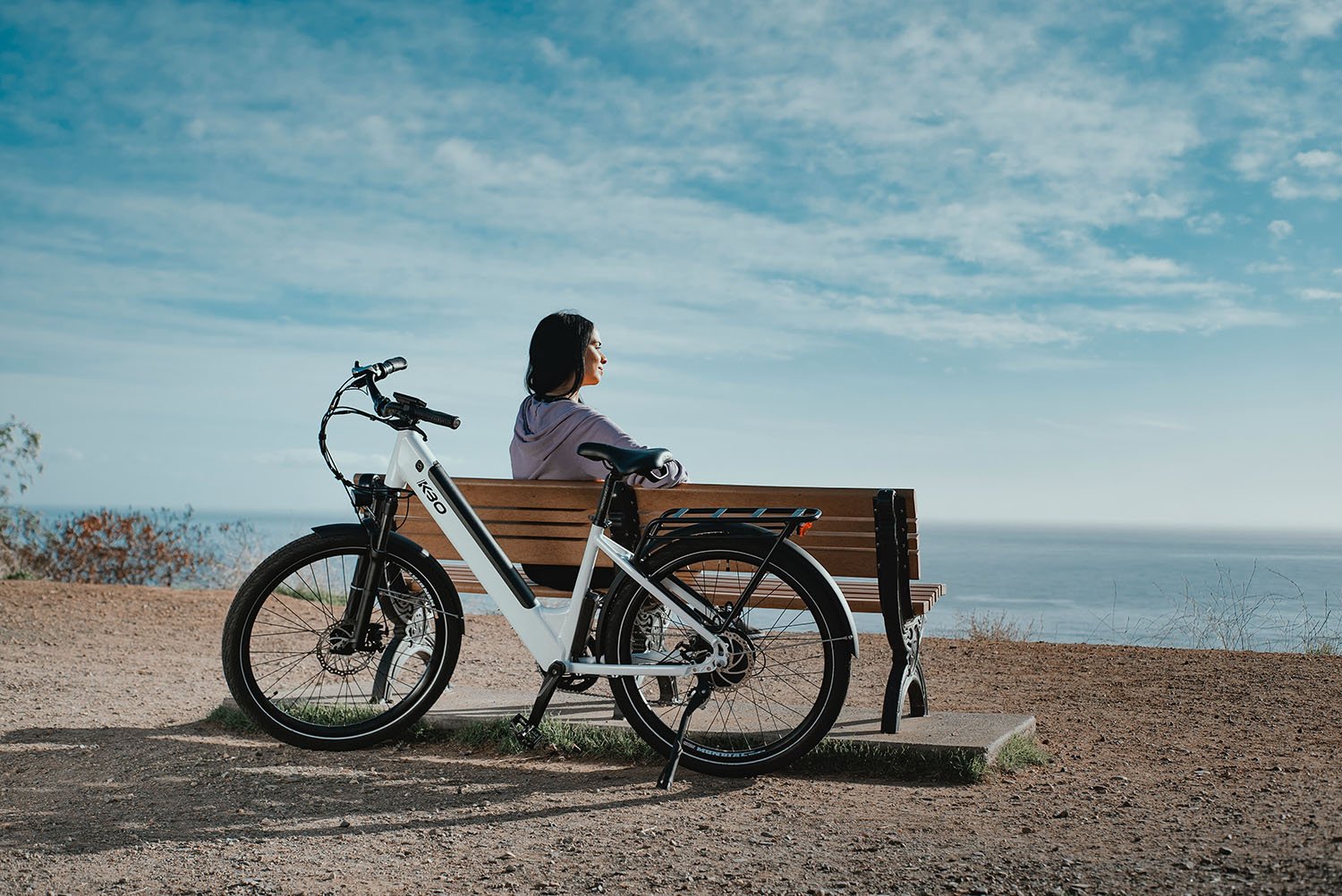 Photo by KBO Bike on Unsplash

Last week we shared Part 1 of our Q&A with Michal Nakashimada, Head of New Modes at Ride Report. Here’s Part 2.

What sector or category excited you the most right now, headed into 2022?

I think consumer e-bikes; the growth potential is tremendous. And we're at the bottom of that growth curve right now. Most people in urban mobility circles know what an e-bike is, but that's not the case for most people. I am currently working from a small city in Canada and saw a local survey showing that 90% of people haven’t tried an e-bike. That’s a lot of room to grow in awareness! It's one of those products that when you try it, it's like a light switch has gone off.

Seeing my 63-year-old dad get on an e-bike or my 9-year-old neighbor — I see their faces light up. There are very few products or experiences that can do that these days since we are so glued to our phones or other kinds of screen-based technology.

We're at this early stage of the market development, and I think we'll see a lot of innovation on the technology side, especially bigger companies like Apple or Tesla getting into this space. There's a lot of opportunity there, and I'm really excited about that personally and have been for a couple of years now.

Getting ready for a skid contest pic.twitter.com/2XlSUJRc3s

This is more far-fetched, but I think e-bikes are going to create new experiences for getting around the city. There are fitness or augmented reality opportunities on the bike, taking video games outside of your house and putting them in real, tangible moving-around-the-city experiences. That’s probably not going to happen in 2022, but I’ve seen a few concepts that are really exciting.

How far do you think shared mobility will go?

I think it'll be like a core piece of the transportation pie for cities. We've had a lot of hiccups over the last few years, but dense cities, at least, have to expand their options. We don't have enough space to have everyone own their own car in the city. The geometry doesn't work out unless we're building underground parking garages and other sorts of ways to expand space.

In Paris, they’ve basically transformed the city. There are going to be bike lanes on nearly every street. The inner city is closing down to cars. I think you'll see a lot more cities being open to that and realizing that we only have a limited amount of space, and we need to find better ways of helping people move from A to B that can be sustainable economically, financially, and environmentally as well.

A lot of similar technology happening on e-bikes is happening in cars. You can buy a personal car, but also rent it out with an app now. That's a form of shared mobility where you can share your car with your neighbors or with other people as well.

I'm not predicting the demise of personal car ownership or bike ownership. I think there will always be that as well. But cities will heavily incentivize more forms of shared mobility in the future.

How have regulations impacted new mobility this year?

The blessings in disguise of the pandemic were cities realizing that scooters and bikes actually work to get people around in different ways, to get people to connect to public transit and other forms of shared mobility. There's been a lot of cities that are now more open to shared scooters and e-bikes, especially because of the pandemic. From a regulatory standpoint that has opened up cities that had smaller caps to actually expand their caps (the number of vehicles), which can service a wider geography in the city to serve more people.

With closing streets, that’s given cities more of an appetite to try these infrastructure changes on the regulatory side. What if we put up a temporary bike lane on this road? Or what if we accelerate funding for infrastructure here for bikes and scooters?

There's a lot of positives that have come out in terms of regulatory improvements, making programs more sustainable, lowering their fees for operators to help their business models, and actually be here for the long term in the city.

What are some good examples of how cities have integrated new mobility into their larger transportation strategy?

I think collaborating across different agencies in the city. A great example I touched on earlier is cities recognizing that shared scooters and bikes complement public transit. Cities and public transit agencies are creating space near bus stations and train stations for people to park and charge vehicles. They’re kind of like endpoints for people coming from their house to the train or from the train or bus to their house in that last mile journey.

We’re seeing more coordination across city departments outside the transportation department, like with public transit, with parks and rec around pathways and charging infrastructure on the street, with removing car spaces and replacing them with mobility hubs for electric vehicles.

A tangible example: Paris created thousands of parking spots for scooters and e-bikes around the city, which is an astronomically high number. That’s how change happens. Making it easier for riders to park responsibly. A lot of times you’ll see cities provide parking spots, but they’re spread out or hard to find. It’s hard for scooter or bike users to comply with rules; meanwhile, there’s cheap parking around the city for a regular automobile.

Do you have any predictions you haven't seen much press around?

More consolidation in the market. There are a lot of scooter and bike companies and they’re competing for a limited number of city permits. The market is going to shake out where you’ll see a lot more mergers happening in the next year or have companies getting acquired by other companies.

We’ll also start to see an increase in the number of cities willing to, instead of charge fees to the operators, actually subsidize the operators to run in their city. That could look like cities saying, “We waive all fees for you to operate our city,” and that's implicitly a subsidy to these operators, or saying “We want you to serve this part of town and will give you $0.50 per ride to help cover costs over there to provide an adequate level service.” There’ll be more flexible regulations and maybe even funds going to the operator.