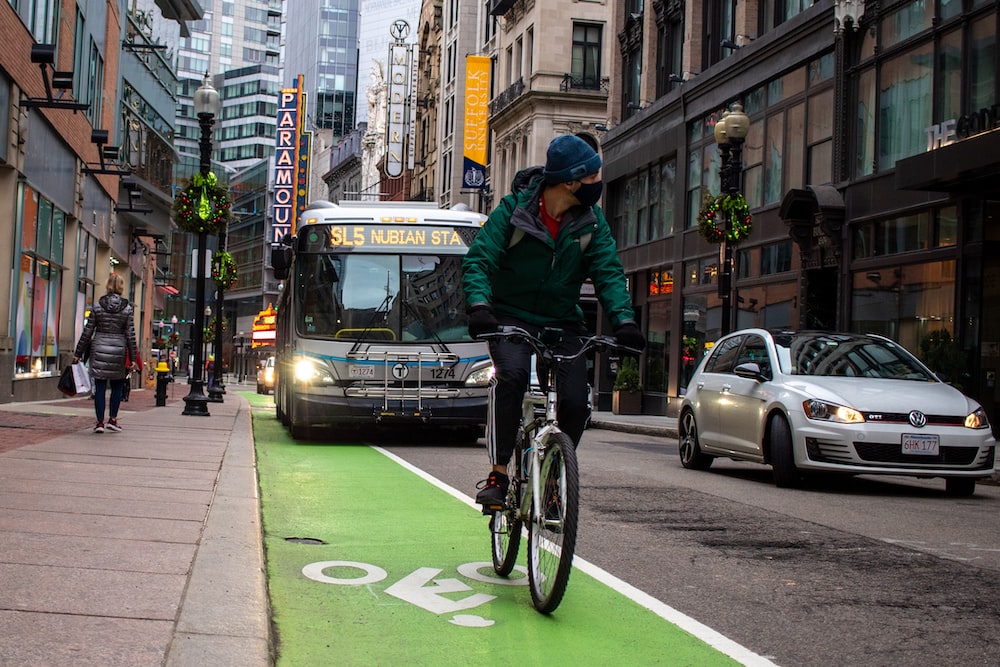 Photo by Aaron Doucett on Unsplash

I started my transportation career in the fall of 2008, as the economy was unravelling at the start of what would become the Great Recession. Obama was elected within a couple of months and in early 2009, Congress passed the American Recovery and Reinvestment Act (ARRA), a $787B stimulus package that included significant funding ($48B) for transportation infrastructure. As with many packages of this nature, the focus was on projects that were “shovel-ready” and could spend the federal funds quickly on tangible projects.
The agency I worked for at the time, the San Francisco County Transportation Authority, had been working diligently for many years to develop a project called the Presidio Parkway, a replacement roadway leading up to the Golden Gate Bridge that included significant design improvements, such as tunneling the roadway to allow unimpeded access to the San Francisco Bay. Like many projects of this scope/magnitude (more than $1B in total cost), people doubted if there would ever be enough funding to build it. However, thanks to local and State of California efforts, the project was at just the right phase to apply for ARRA and received $83.3M dollars. They closed the funding gap and even used an innovative public-private partnership approach for delivering the construction that saved money and time while improving maintenance.

The key lesson I took away from that early stage of my career was to never stop working on a worthy project just because the total cost was high; funding that changes the entire context can appear quickly.

History appears to be repeating itself, as the Biden administration has proposed the $2+ trillion American Jobs Plan that again includes significant funding for transportation infrastructure. If passed, many local priority projects will be accelerated into implementation, creating jobs and more livable spaces. Some cities may make trials of public space conducted in the last year, such as Slow Streets and temporary transitways, permanent. Other cities may move forward on long standing priorities that have only been seen on paper.

As with ARRA, focus will be on “shovel-ready” projects that have already been vetted via engineering and outreach. The primary funding sources for these earlier stages of planning, design, and stakeholder engagement are local rather than federal, and they can be very hard to raise, particularly during a recession.

This is where new mobility revenues can help. A flexible local source of revenue like scooter fees can help provide enough funding for staff/consultants to design and conduct outreach on projects like protected bike lanes or street redesigns that prioritize safety for vulnerable road users.

Many years after I started my career, I now live in Durham, NC. When I arrived, there was a strong push to build a light rail project connecting downtown Durham with medical centers in Chapel Hill. A variety of essential private stakeholders did not support the project, particularly Duke University, and it is no longer being developed. One of the reasons cited for lack of support was the high percentage of local funds that were being spent on the project. I can only imagine how competitive procuring funding would have been if it were still being worked on today. Once again, the lesson I learned is to not let a lack of funding stand in the way of a worthy project -- the great ones find funding in unexpected places and manage to get built.

When federal funds fall from the sky, like they may in the next few months via the American Jobs Plan, mobility revenue is one way local agencies can move their rain barrels into position to catch the federal funds. The new mobility revenue can also serve as the required local match for those federal funds. Perhaps as new mobility revenues becomes more stable and consistent via permanent programs and policies, cities can use it for bonds and other longer term revenue projections that will allow even more leveraging of this unique revenue source, much like car parking meter funds are used to day. Ride Report offers tools to make the calculation and collection of such mobility revenue quick, simple, and painless.